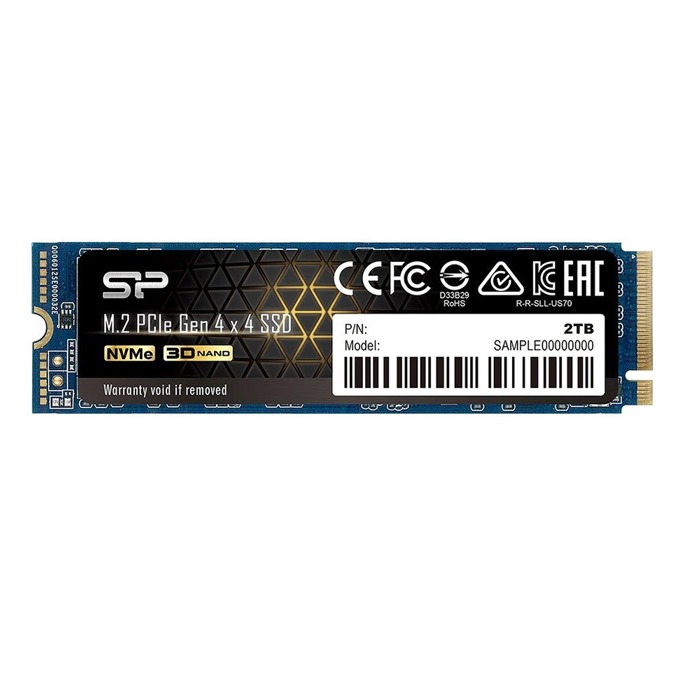 Race Into The Future: PCIe 4.0
Offering a standard data transfer rate that's double that of the previous 3.0 version, the US70 PCIe Gen 4x4 with 3D NAND flash memory and NVMe 1.3 support is exactly what combative gamers, competitive overclockers, professional designers/editors, and high-end business users crave. With incredible read and write speeds up to 5,000MB/s and 4,400MB/s, respectively, the US70 is nearly 10 times faster than traditional SATA III SSDs. It provides next-level specs that will be competitively relevant for the future, while also being backwards-compatible with PCIe 3.0 too.

Long-Lasting Performance With NVMe 1.3 Support
The US70 packs the storage capacity, either 1TB or 2TB, to put its unmatched performance to good use. Featuring 3D NAND flash memory stacks, the Total Bytes Written (TBW) is substantially improved to meet the demanding needs of storage applications with ease. TBW for the 1TB version is 1,800TB and 3,600TB for the 2TB version. NVMe 1.3 support allows for higher performance, lower latency, and lower power consumption to maximize the power and lifespan of this SSD.

Powered By Multiple Technologies For Optimum Performance
The US70 supports SLC Caching and DRAM Cache Buffer to improve sequential read/write and random read/write performance. It is engineered with low density parity check (LDPC) coding and an ECC algorithm to ensure accuracy of transmission and reliability of data access. Featuring E2E data protection and support for TRIM commands, the US70 efficiently manages reusable space and significantly reduces hard drive wear out. And if all that's not enough, our proprietary S.M.A.R.T. software enables operational monitoring of the SSD at any time.

A Powerful System Upgrade With Room For More
With an M.2 2280 (80mm) form factor, the US70's compact size allows for easy installation in laptops, small form factor PC systems, and some ultrabooks. Coupled with its massive storage capacity options, blazing speed, and numerous advanced technologies, it makes for an easy upgrade that will significantly improve your system's performance and storage potential, while also saving space for other components.