A rugged tablet for business anywhere

We understand that business doesn't just take place in the office, so the Galaxy Tab Active Pro helps you stay productive wherever work takes you. Its rugged design with military standard durability, IP68 and anti-shock build lets you seamlessly work both in and outdoors when there's a task at hand. 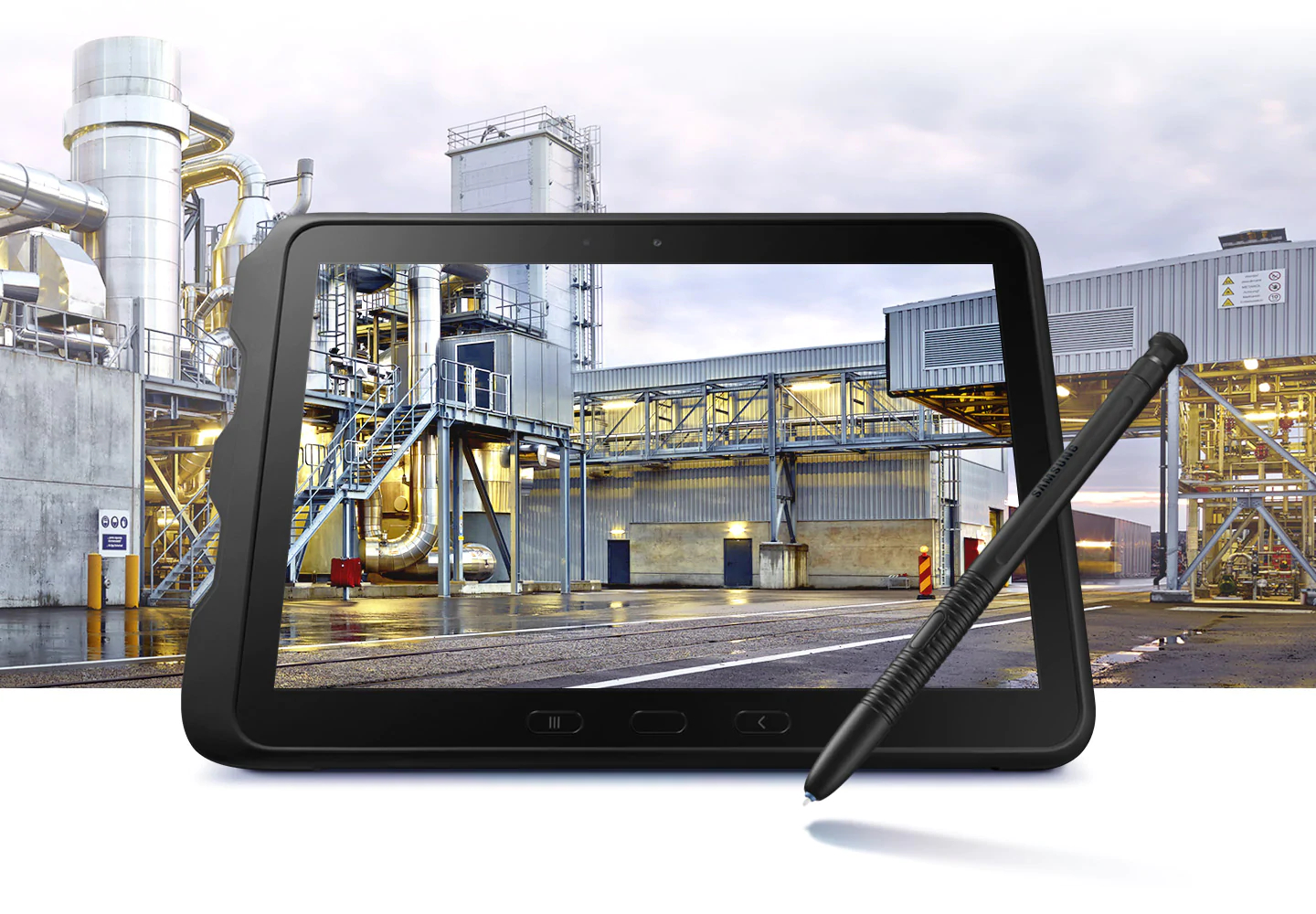 Rugged to work where you need to go

Taps and bumps are no problem thanks to an anti-shock build and protective case that put your mind at ease. IP68 and MIL-STD 810G* durability give resistance to water, dust and shocks so you can get to the places where work happens. The 10.1 inch screen provides a spacious canvas to get things done. 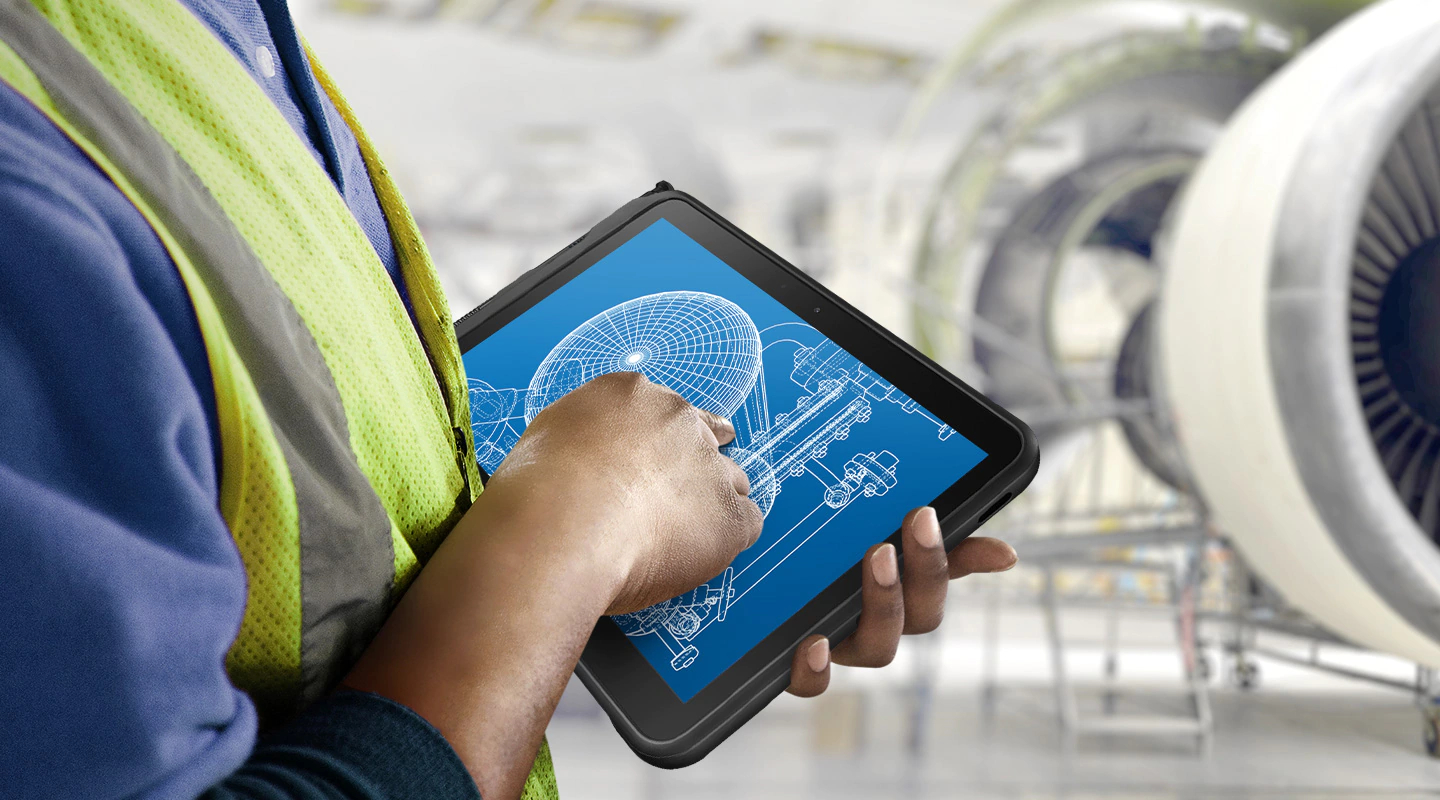 Power to get you through your work

Work as long as you need to, wherever work takes you. With the replaceable battery in the Galaxy Tab Active Pro, you can cruise through a day of meetings, post content from an event, or spend a day out in the field. Easily swap out your long life battery for a fully charged additional one (sold separately). So, no more searching for spare charging points 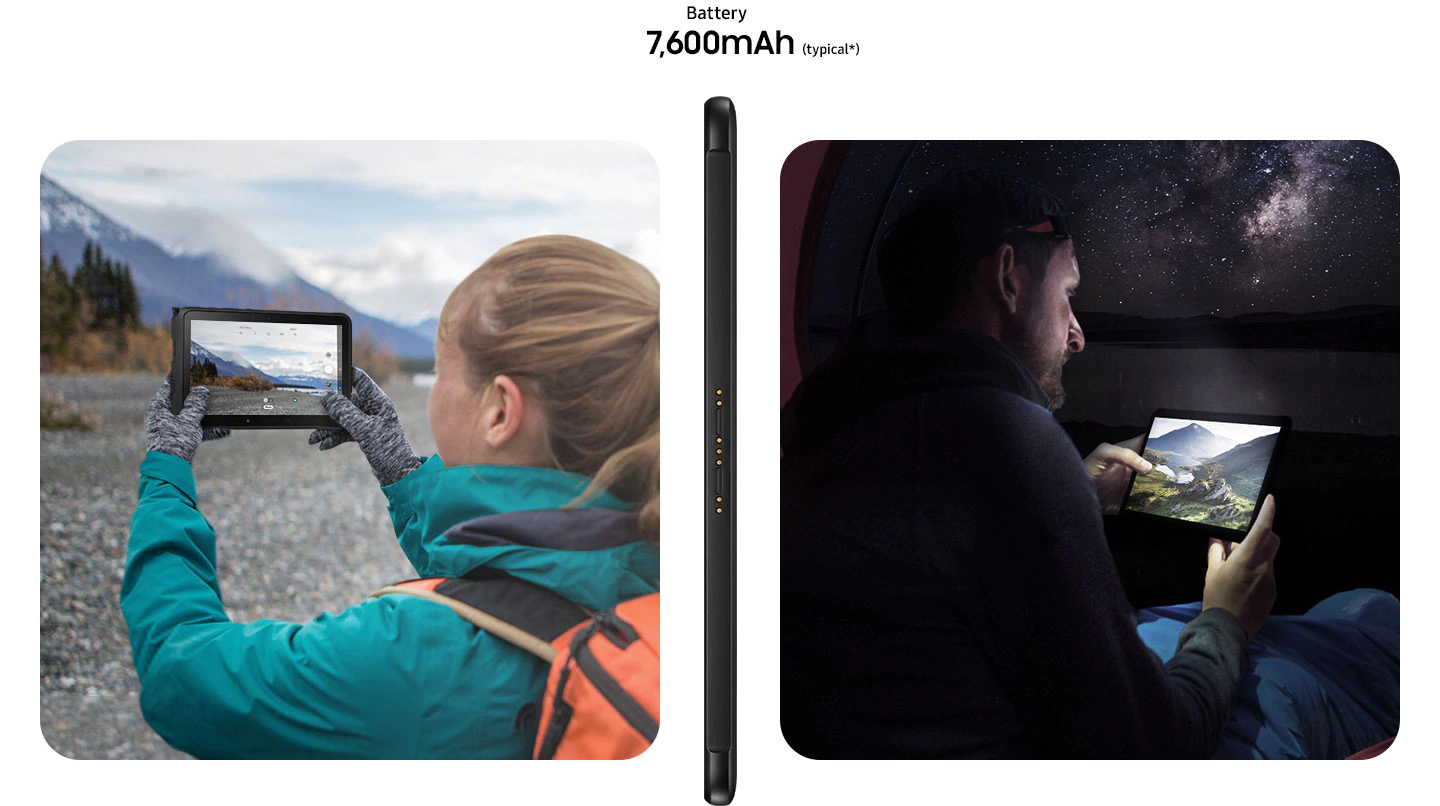 A PC-like experience both inside and out

Featured for the first time in a rugged tablet, Samsung DeX connects the Galaxy Tab Active Pro to a monitor with a single cable* for a PC-like experience. No cable? No problem. Switch to DeX mode and use your tablet like a PC. Have multiple windows open, quickly draft emails and send status reports back from the field, then back in the office move to extensive editing and collaboration on a bigger screen

A gyroscope and geomagnetic sensor work in tandem with the Google AR (Augmented Reality) core application* for workspace interaction in a whole new way. Use the enhanced 13MP rear camera to carry out training and inspections in ways you couldn't before with richer AR visuals thanks to the large 10.1 inch screen

The effortless S Pen for notes on the go

Don’t let demanding conditions stop you capturing data. The S Pen comes included with the Galaxy Tab Active Pro and never needs charging. Capture customers’ digital signatures take notation in clean environments without touching the screen and create map overlays or sketch out ideas on the go. The S Pen is highly responsive, enabling precision input, even with gloved hands—making it as flexible as your itinerary

Securely unlock in an instant

With built-in biometric security it doesn’t matter who gets their hands on your Galaxy Tab Active Pro – only you can unlock it using your unique fingerprint or facial profile. Face recognition lets you put an end to pin codes and allows easy unlocking with one hand or when wearing gloves.