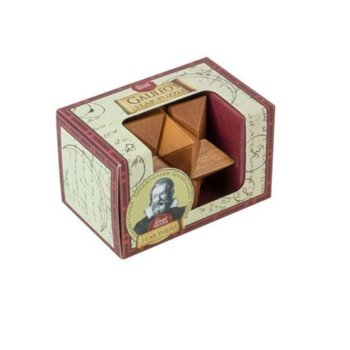 Just one piece from the Great Minds puzzle range. Will you be able to master this challenging wooden brainteaser?

Galileo’s Star
Can you separate the pieces and rebuild the star?

An influential astronomer, Galileo famously invented the telescope, making the study of the universe more accessible than ever. He also claimed that the Earth was not the centre of the Universe but that the planets, including Earth, orbited around the Sun, a controversial theory at the time!